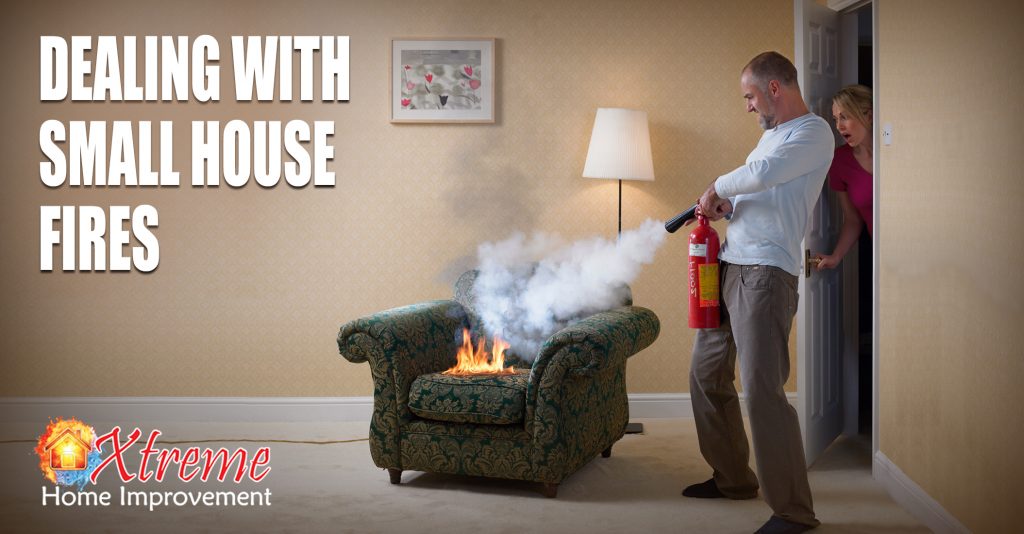 It may be cold outside, but that doesn’t mean fires are unlikely to occur. In fact, it’s just the opposite. Many statistics show that winter is when most home fires occur, primarily due to cooking or improper heating techniques, according to the National Fire Protection Association (NFPA). When dealing with small house fires it’s important to understand that trying to fight a fire on your own could actually make the problem worse if it’s not done correctly.

If you don’t know exactly what you’d do in the event of a small house fire, or if you’re unsure about the state of your home’s fire safety, the time to prepare is now. Once a fire starts, you have only seconds to act. We want to help you be safe by explaining how to put out different types of fires. Please remember that it’s never wise to put yourself in danger just to put out a fire. Your home and possessions can be replaced; you cannot. 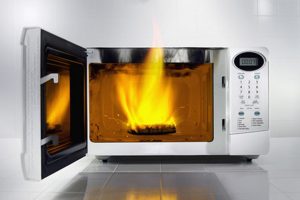 Homes today are filled with dozens of small appliances, and all of them are potential fire hazards. About half of all appliance fires are due to user error, while others are caused by mechanical or electrical problems. Depending on the appliance, you should do the following to extinguish the flames:

Microwave – Shut the door, turn the microwave off and unplug it, if you can reach the plug safely. The lack of oxygen should suffocate the flames.

Oven – Like microwave fires, close the oven door and turn it off. If flames begin to come out of the top, sides or bottom of the oven, reach for a multipurpose fire extinguisher or baking soda to put out the flames.

Television – A television can catch fire if there is insufficient space around it for air to circulate, or if objects are placed too close – think curtains, birthday cards, candles or other knick knacks – and the heat from the television causes them to ignite. Electrical components inside the television can also overheat and implode, causing a fire. If smoke or flames are coming out of your television, unplug the cord and douse the flames with a fire extinguisher or water. Never try to smother the flames with a blanket, as you risk having it catch fire as well. 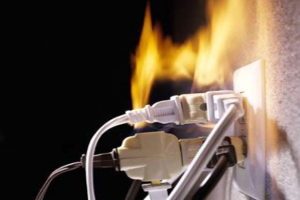 Electrical fires can be caused by problems with your home’s wiring or appliance failure, but the majority are related to homeowner mistakes, such as overloading electrical outlets, running extension cords under carpet or other flooring and using a light bulb with a wattage higher than recommended for the light fixture. Electrical fires are especially dangerous because your first instinct – to reach for a bucket of water to douse the flames – will actually cause the flames to spread, since water conducts electricity. To put out an electrical fire, you should: 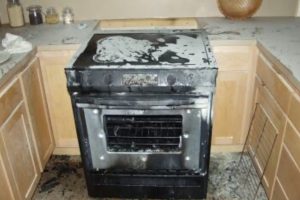 The natural gas that powers many stovetops, fireplaces and heating sources can overheat the surrounding structures (like a fireplace mantel) and set them on fire. If you smell a gas leak, you should call the gas company immediately and turn off the gas at its source. Liquid gas fires (like gasoline) can be put out by smothering with a blanket. If that doesn’t work, or if there’s no blanket nearby, use a fire extinguisher. Water is ineffective in putting out a gas fire and can increase the chance of injury, as the heat from the fire will boil the water almost immediately, putting you at risk for steam burns. 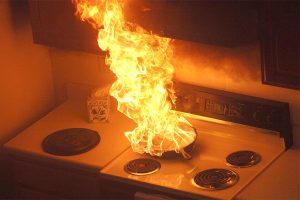 Deep fried turkeys, countertop fryers, even a griddle of sizzling bacon can all set the stage for a kitchen grease fire. Grease fires occur when oil or grease collect in the cooking container and get hot enough to ignite. Like electrical fires, grease fires are extremely dangerous – not only do they burn very hot, but because grease is liquid it can easily splash on to other flammable surfaces or yourself. Throwing water on a grease fire only increases the danger. The water will sink to the bottom of the pot, where it will become super-heated and eventually explode, sending scalding grease and water everywhere. If you’re faced with a kitchen grease fire, try these steps to extinguish it: 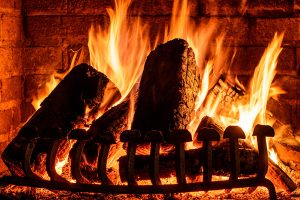 Warm, cozy and inviting, wood burning fireplaces are the focal point of any room they are in. But if maintained or extinguished improperly or left unattended, the fire can quickly rage out of control. If you are faced with a fireplace fire, don’t treat it like a campfire and douse it with water. Not only will this create a mess and send ash flying throughout the room, it can also damage the fireplace. Instead, follow these steps: 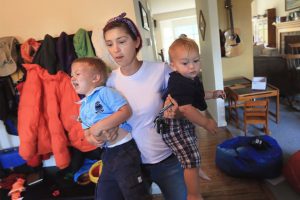 Fires, even those that start small, can quickly rage out of control. It takes only two minutes for a fire to turn from manageable to life-threatening, and only five before the house is engulfed in flames. The heat and smoke from a fire are also extremely dangerous. Smoke inhalation can suffocate you, and the super-heated air can burn your nose and lungs. Some fire departments recommended calling 911 immediately if a fire of any size breaks out in your home. If you do attempt to put out a fire by yourself, act quickly, and keep yourself between the fire and an exit so you have a quick escape. If the fire does not begin to die down almost immediately, get everybody in the house out.

If a fire breaks out in your home, act responsibly. If your attempts to extinguish the flames do nothing, drop everything and get out. Nothing in the house is worth saving more than your life. Not every fire is small enough to handle on your own, so always call a professional if you’re unsure. For any restoration service or tips on handling future issues, contact Xtreme Home Improvement.